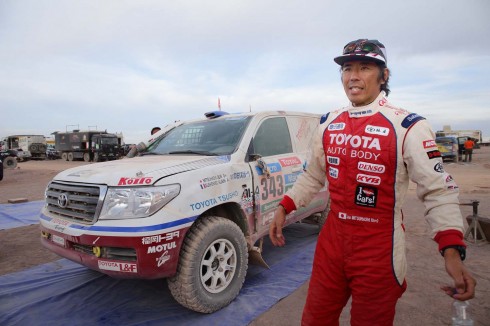 January 13(Local time), the first day of the last half, the course was difficult. Deep feshifeshi ground waited for all entrants. Jun’s car was upside down at the beginning of first sand dune. He stopped the car and it turned over 3 times due to soft feshifeshi ground. 3 tires fell off from the wheels and the team mate waited for Jun during he fix the tires. He did not take a time to repair the tires and Jun started to run again at once. Jun thought to follow the team mate but the rearview mirrors gone and he lost them.

Since Jun’s car got upside down, the rear doors couldn’t have been opened and he could not take out the jack. So Jun drove carefully not to flat tire happen. He missed the course and stuck on feshifeshi ground later. Jun could not to bring out the sand ladder to escape the feshifeshi ground and he evacuated the air of the tires then started again. Jun had to blow up the tire later and he needed the air hose for that but the rear doors were closed. He pulled out the hose in some wise and put the air to the tires then ran again.

After the middle of the stage, the engine of Jun’s car did not start. The engine stopped between check point 3 and 60km before to the goal at last. The reason of that trouble was the failure of the killswitch. Jun connected the cables to the battery directly and he succeeded to cross the finish line. The time loss by the electrical trouble was so big.

Jun defended the top of T2 Autos but the time gap between the team mate as 2nd is 15 minute and it is practically nought. Jun said the first turn over was his fault but tomorrow’s course is difficult too and it is going to be the crucial point of the race. Hope he moves on. 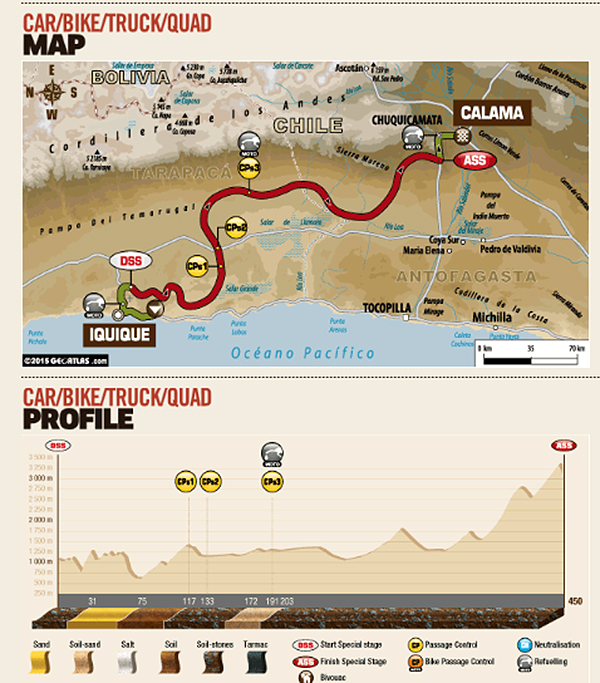