Get a photos from a friend

Jun got it from his friend in Japan.

An electronic display in the subway station says, “Jun Mitsuhashi is currently in 27th place in the stage 6 of the Dakar Rally” 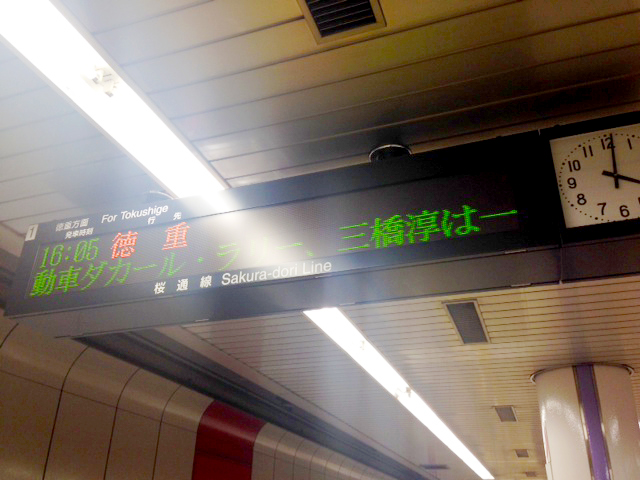 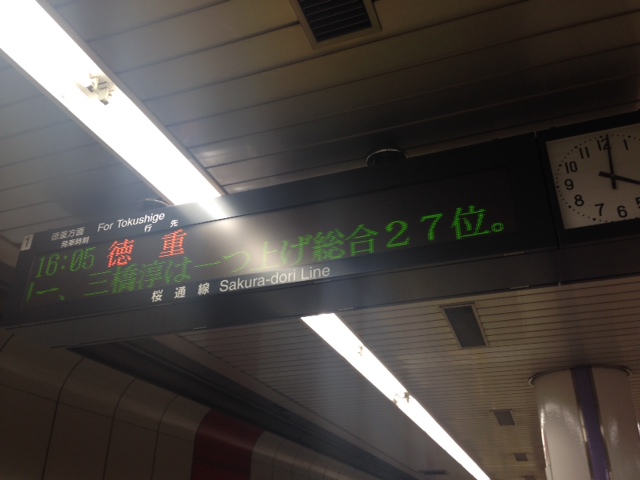 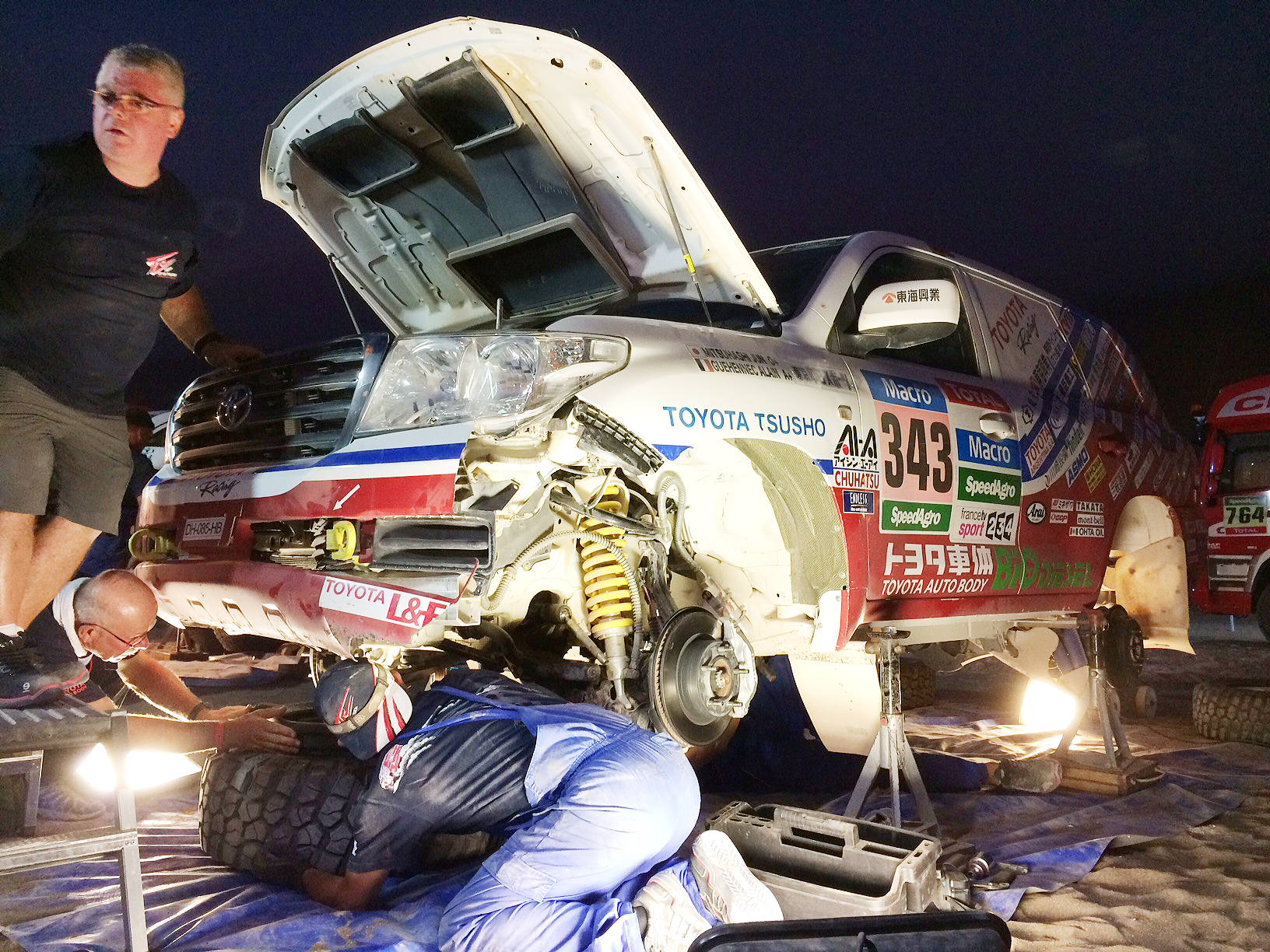 Jun hardly ever smashed up his car… But today, it went like this. The photo above is his damaged car after stage6. Mechanics, you’re on.

While, in the photo below, the Dakar competitors are having a briefing of Marathon Stage. In the camp site, there only seems to be a jail-like cheap cabin. 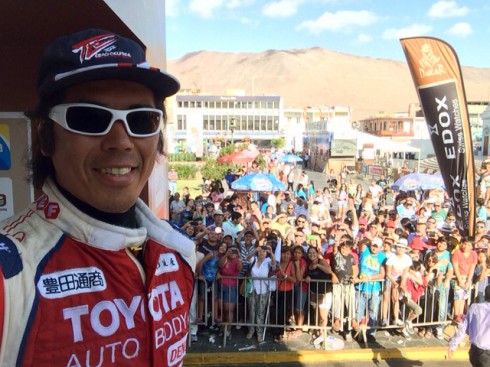 Jun is standing on a podium at Iquique.

The podium was installed in the town. All the Dakar competitors was welcomed and introduced by large crowds in the town. So, is there any reason why he miss this chance?

This is a photo of the WILLIAM ALCARAZ and his single-seat buggy.
He was a former colleague when Jun belonged to the NISSAN.
Now, he has decided to take up the challenge in the solo category and will therefore have to drive without the navigation support and the copilot conversation. 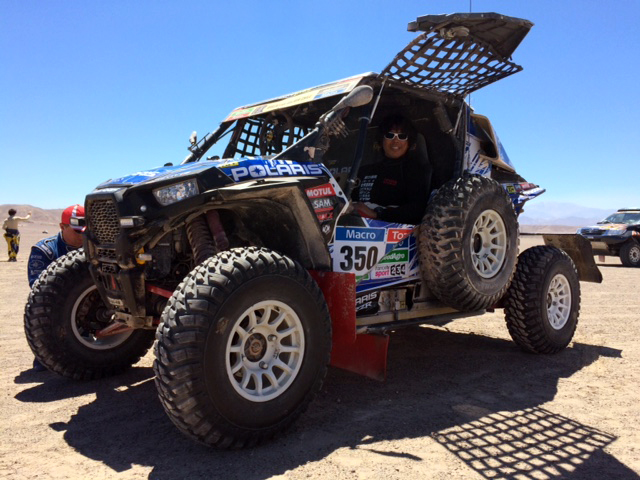 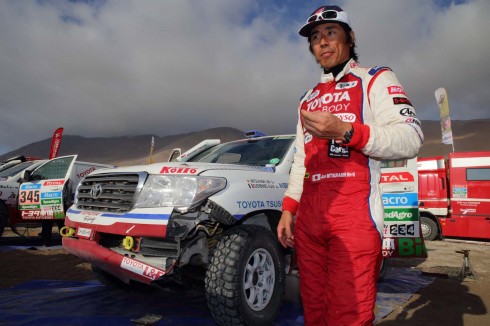 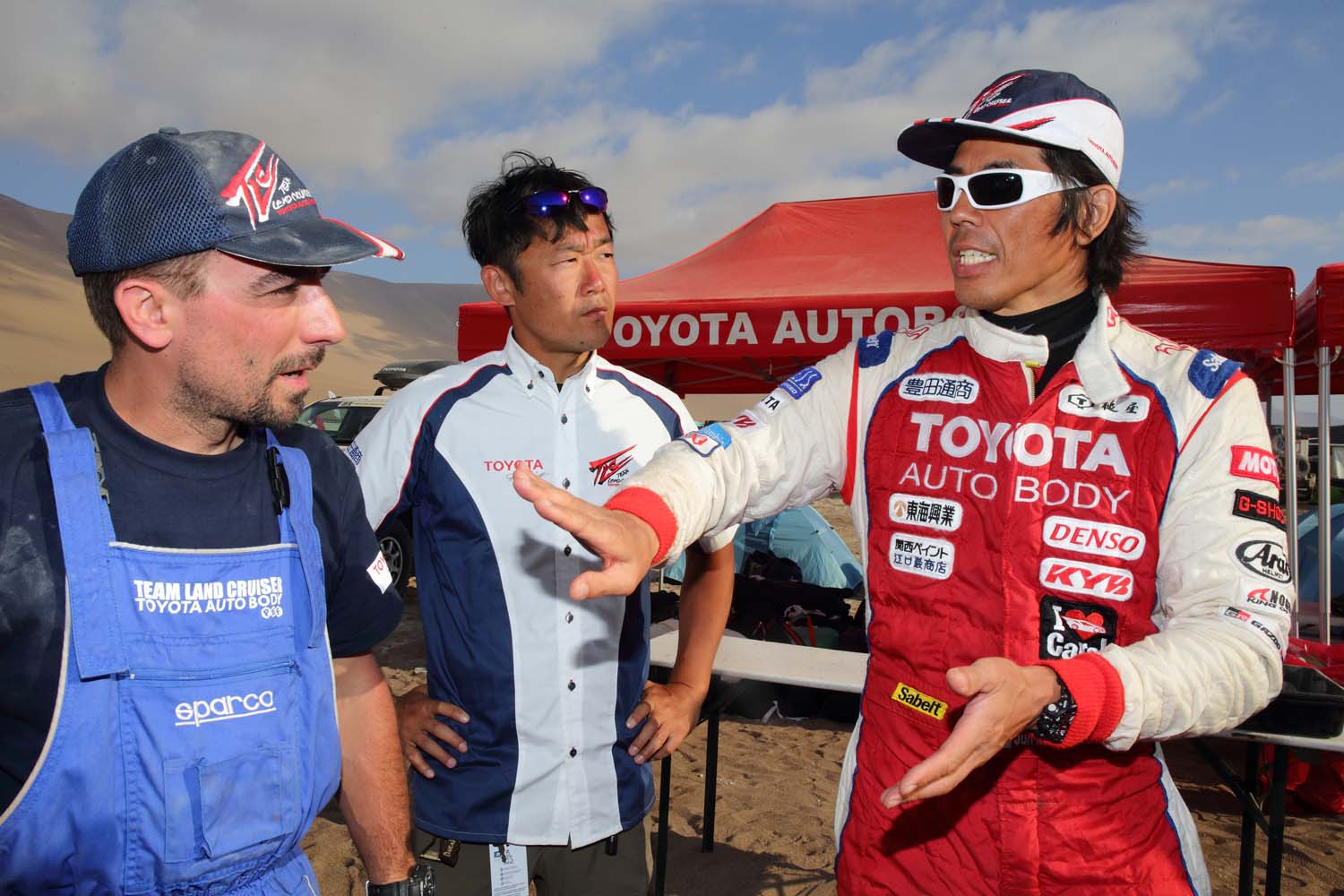 January 9(Local time), Jun started Stage 6 surrounded by many trucks but actually he ran smooth. Today’s course was separated by two parts from the 69km pavement liaison point. Jun lowered the air pressure of tires before second part of the course. He did same thing yesterday, although it didn’t work. But this time, it became a big hit.

Jun passed though the deep fesh-fesh ground area properly. His teammate stuck in there. But fesh-fesh was too deep to stop the car, he could do nothing and kept moving on.

Jun lowered the air pressure more at the entrance of the dune. Three cars stuck in front of him and blocked his line. Jun sneaked through the cars somehow but the tire fell off from the wheel’s rim. He let his teammates passed during he was changing the tire and he allowed that they were taking a lead.

Then next, a huge dune hill was coming up. Jun tried to cross over by accelerating from the around and using the edge, but there was a big hole on the top and his car fell off from the head. The left front tire was dented to the inside and it damaged the tire and the power steering. Jun and Alain talked just before that, if the differential rock had been broken, they would get a huge struggle. And the situation actually happened. They asked the audience to pull out the car and back to the race again. However, driving on the off road without the power steering was so hard. Jun felt uncomfortable vibration from jaggy road drive and couldn’t steer correctly. His arms had muscle pain but he finished the last of 30km safely.

Tomorrow Jun runs Marathon Stage starting this year. It is the course that TLC can’t support him. The stage includes the course around World famous Uyuni Salt Flat that is the first time for 4 wheels. Hope no troubles. 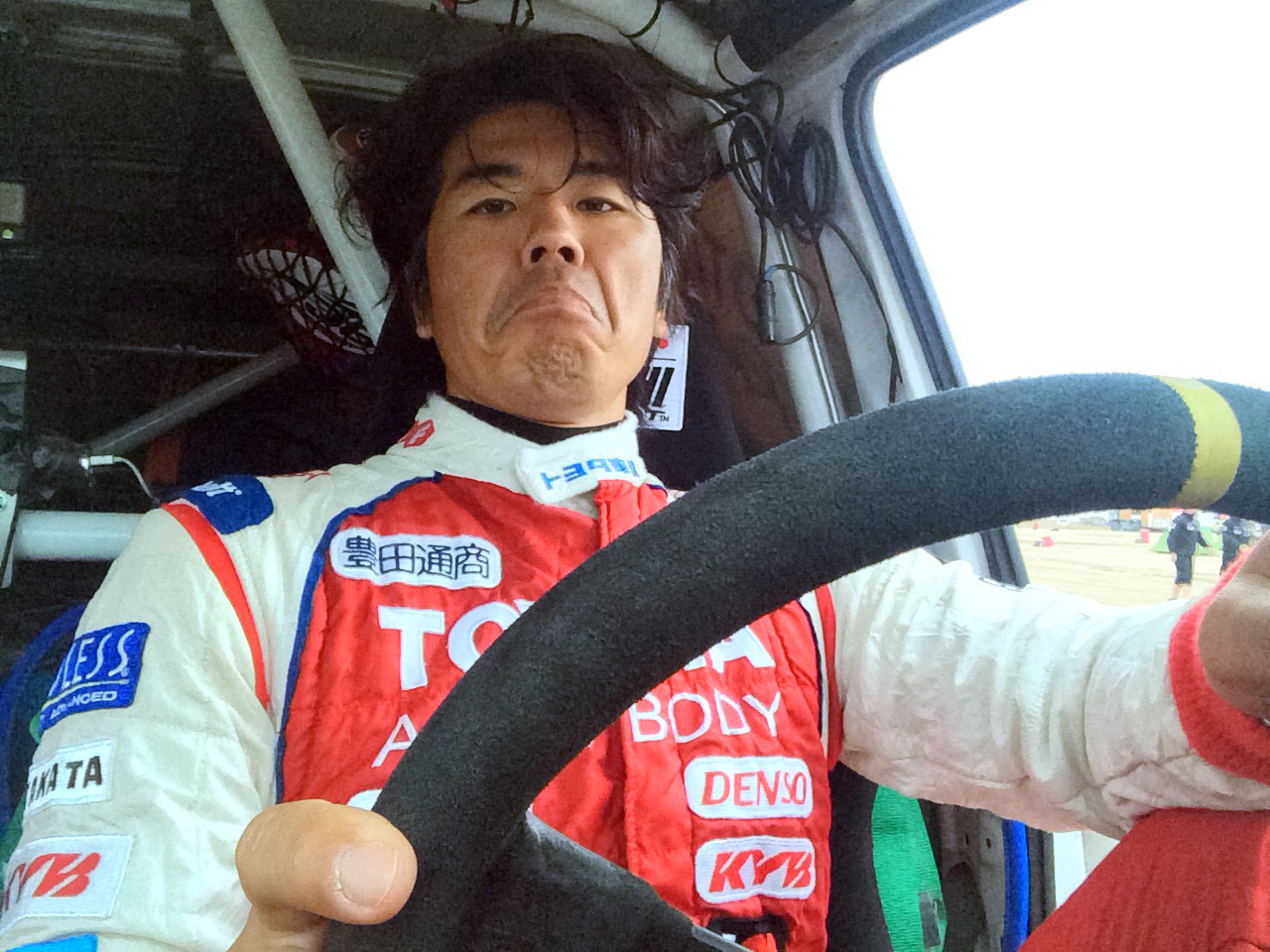 Jun said to me on the phone
“So many slow buggies is in front of me.
Since I’ve got a flat tire, tons of buggies passed me during the fix yesterday.
I can’t overtake them.
Extreme nothing to do in this dusty condition but stand it.

My throat is getting better day by day, but now I also have a pain in my stomach. Besides, air conditioner in my car hasn’t been fixed yet, …………
I am worried about whether Alian will be ok…
Good grief!”