Now, Jun is lodging in Bolivian military camp, with the security by the soldiers.
He can contact with the media only at the public space.

In the lodge, there is a center way and are 25 beds each side of the room.
Poncho, knit cap and a muffler on the beds. He heard it’s really cold, because it’s highland. No one knows what’s the temperature there.

Jun still hasn’t seen Uyuni Salt Flats from the course yesterday, but hopes to see it tomorrow. All the cars starts as a pack from Uyuni tomorrow.

He thinks he has enough time to take pictures in the salt flats, but unfortunately the reception seems to be very poor in the place. So, he’ll wait to upload it.

On the way to the lodge, during he’s exploring the town, the Bolivian president came to the podium as a VIP.
When Jun took his hat off to the president, it made the audience excited, he said…..He’s welcomed by the president?? Lucky him. 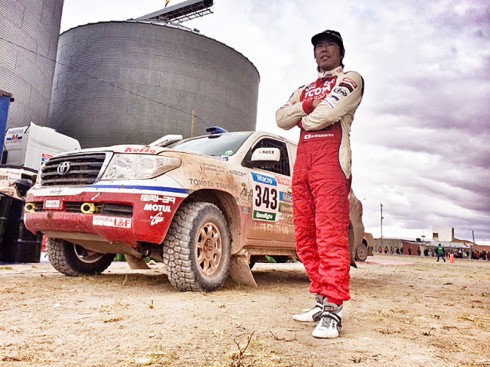 January 10(Local time), today was the first marathon stage for 4 wheels since Dakar Rally came to South America. This is 2 days race without support from the team. In order to avoid any possible danger and response quickly in case any troubles happened, each car runs with their teammate as rendezvous in this course.

Alain was nervous since they left the camp ground. He minded the map but lost in a town during the Liaison. Jun would go to slow ’cause today was long marathon course after they entered into SS but Alain did not like it….. Their start was a bit awkwarded. Jun’s car fell down the gully and the power steering damaged like yesterday. Jun fixed broken left front wheel by himself and after he thought to follow the team mate for safety but Alain let them go forward.

Jun started the race again but a deplorable road waited for him. Rain got harder and the road went so much muddy. The course layout was along the dry riverbed and the debacles everywhere. The situation was so dangerous. Jun kept running about in confusion in the road 200km with many crevasses by the heavy rain and he finished the race as the top without power steering.

Tomorrow’s course starts in Uyuni Salt Flats and every vehicles start all together. The distance of SS is 370km and straight run 130km in Uyuni Salt Flats, and it is so lucky for Jun who does not have the power steering. He only have to do is driving with a patience for rest of 240km then go to the highland at 4000m high. Jun’s car is not perfect condition without the power steering but he wants to back to Iquique where the team waits for him to connect to the next stage.

Bibouc place of today was the facility that made in the military base with a security by Army. The air is thin in the highland, and Jun is huffing and puffing in every move like just take a shower. Jun advised to Alain not to move often and slept on the bed for each but like all crowded together for tomorrow. 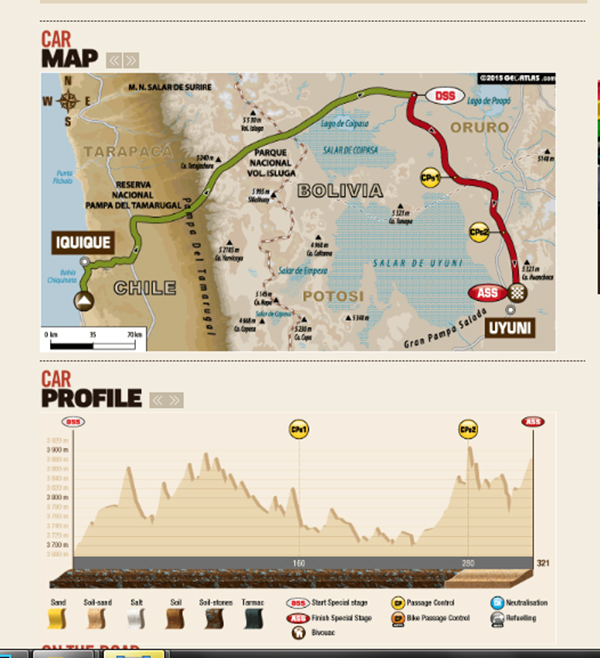 The Mechanics has fixed the car yet! He owes them! 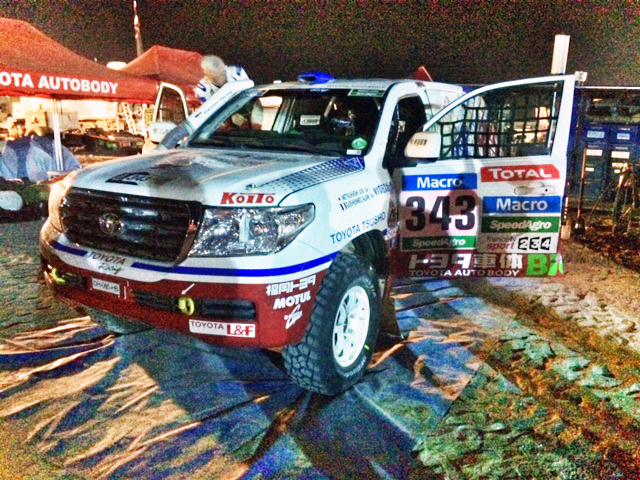 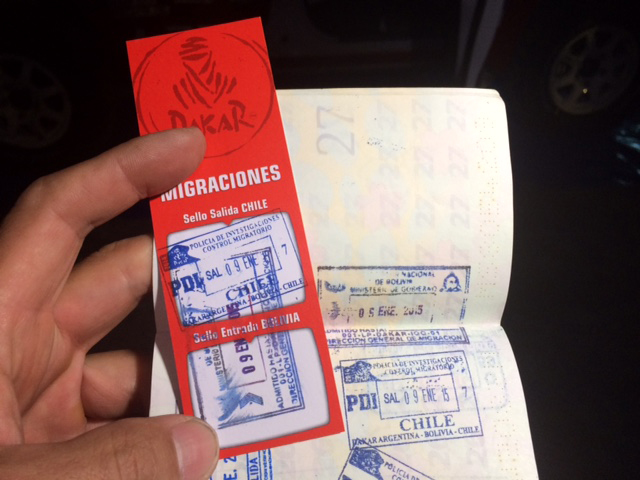