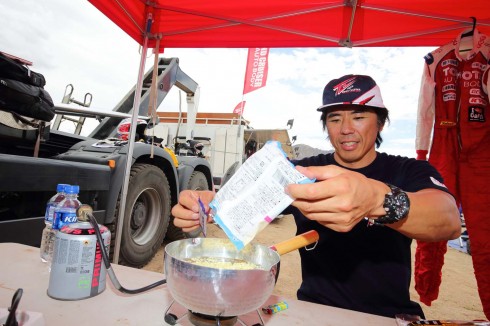 Today was not a long stage. Jun arrived bivouac at 2:00PM.

Dakar competitors will have their assigned meals. But he do not eat yet today. And then, He ate instant noodles for lunch.

Jun arrived early so he relaxed at hotel today.

Well, Jun will go to the Andes tomorrow. His passport is in Chile now. Jun has got a special passport stamp for Dakar competitors, with the Dakar logo on it. 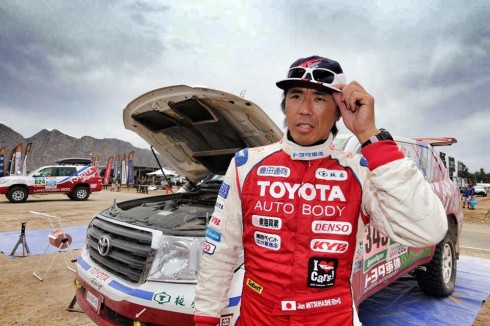 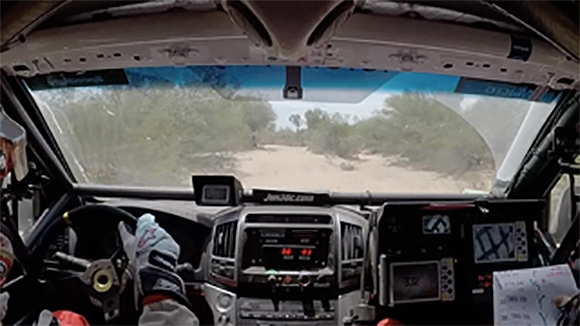 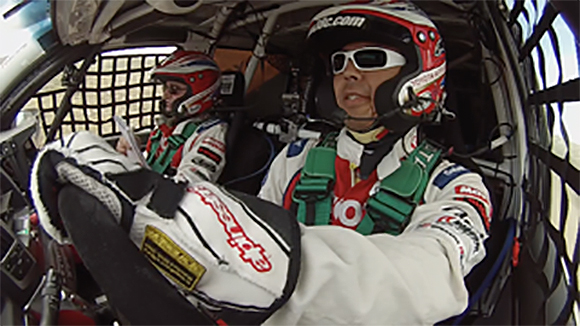 Today’s stage was the opposite direction of the same course in 2011. It was dry riverbed with much stones, the course continues to smooth road at 1000m high. There were feshifeshi ground in the last half of the course and the road surface was different to the first half. Jun could run at high speed but the road surface undulated and his car bounced off sometime.

Jun set the air pressure of tires higher and the team mate Akira Miura / Nicolas Gibon set lower. When Jun tried to catch up and pass them, the buggy and other fast group that at low rank yesterday by trouble came from behind at that time. Jun escaped to the road side and let them pass. After that, Jun started again but he lost the team mate at all. He continued to chase the team mate with thinking the dust he saw far away must be them.

Jun’s health became better than yesterday with a help from the medicine that from the medical. However Alain the navigator said his driving was mess in the last of half. Jun stopped the car to evacuated the air of tires when he into feshifeshi ground. Many cars passed him but the low air pressure of tires made his car speed up and caught up the group that passed him. Fighting with the dust started again and he could not overtake them. He wondered later, if he kept running without stop he could came through feshifeshi ground too….

Jun finished today’s stage safely but the team mate was not there and regretted time loss. Jun’s team mate made miss course and the radiator of their car broken just after and took a time to fix it. They crossed the finish line after 2 hours Jun. Alain got a bad mood for too much gap. Jun lost the team mate after they missed the course, he did not aware that and took a lead till the end. Jun’s health was not perfect yet but he finished the race as 1st at the category. 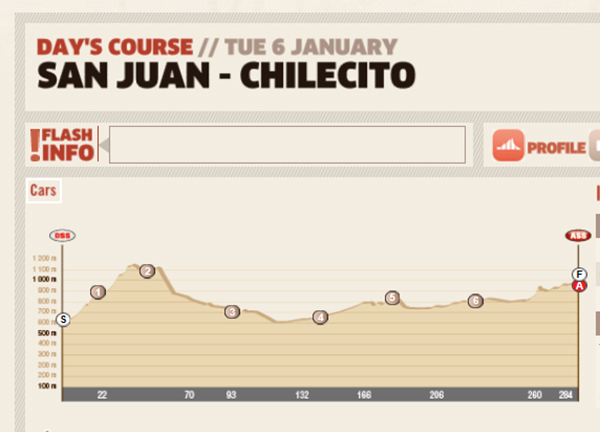 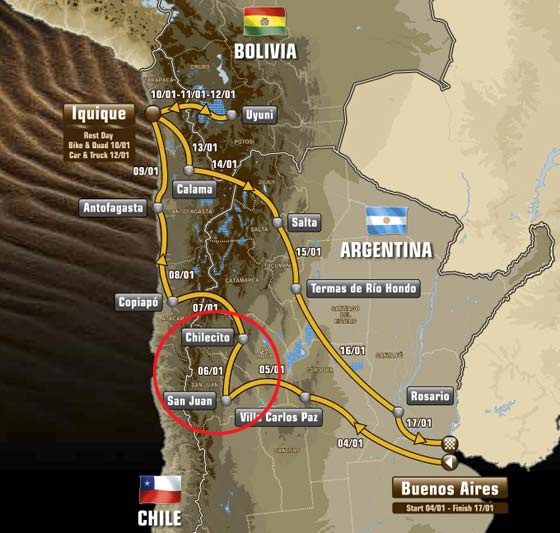