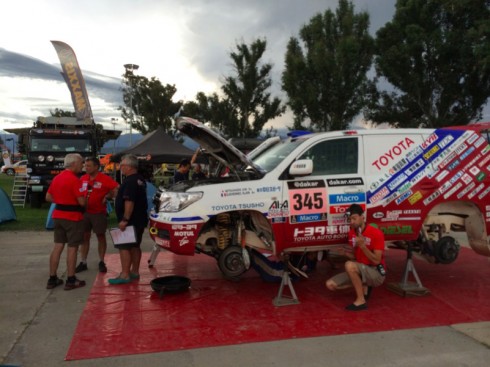 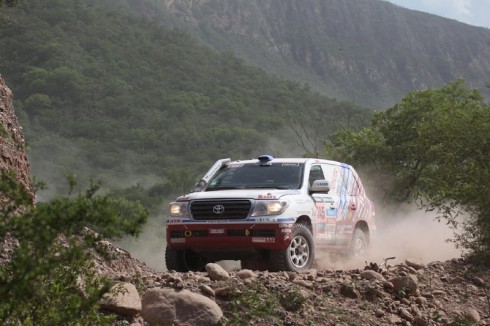 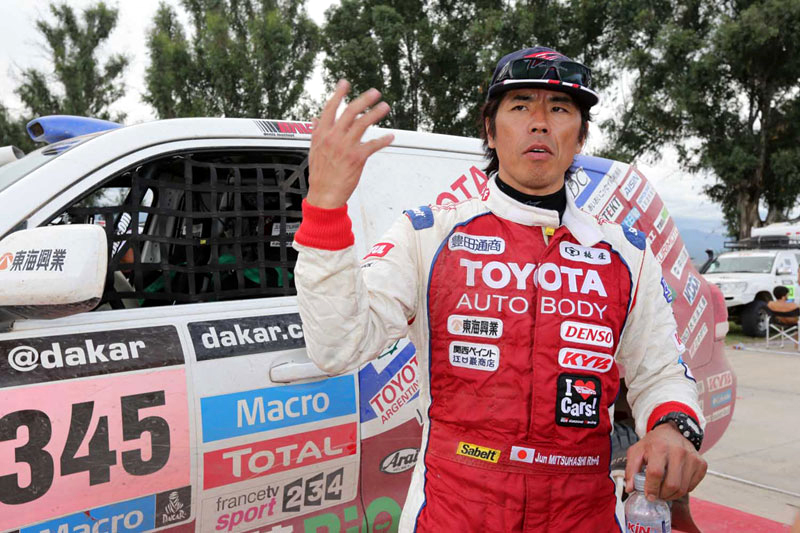 Finalized the day of patience, Became first in line for the class.

January 10(Local date), today’s stage was separated by 2 parts same as yesterday. The road was narrow like one camion could roll through. All entries start in order for the ranking of yesterday, many camions ran before Jun’s car and he could not pass them. He settled for keeping a low speed even the team mates angered such a slow pace.

In the first half, Jun drove at so good rate but Gibon, the team mate failed to make a curve turn and tumbled from the cliff. The radiator damaged when his car tumbled down. To salvage Gibon’s car, it took about 2 hours with a help from a camion.

Camion’s SS ended at the first half on the schedule. After that only the cars and the motorcycles raced in the last half of the course that reduced Jun’s strain. He drove the forest road with briskness. He said,
“I controled myself in the first half, the reward waited for me in the last half”
The mechanics of the team worked all thorough 2 nights to fix the problems and maintain the car and Jun was able to finish this stage with no troubles for their effort.

The first half of the entire rally schedule was over and Jun came out on the top in his class. This is the achievement for Jun’s constant effort. However he was cool and said,
“We have one more week”
Jun knows any troubles turn over the gap to followers easily.

Jun drove the difficult courses in series and wake up at 5:00 everyday this year, he is tired due to lack of sleep. Tomorrow is the rest day, Jun’s wish is sleep all day.